In so many ways, getting the appointment with the Neuro ENT was a huge relief, yet it brought a whole new set of questions for me to mull over. By this time, I’d done so many Google searches, my computer should have melted! The web can be a very scary place, it could be this or it might be that…one can go crazy. Which I did, much to my husband’s dismay, “Why do you do this to yourself”? I’d come back with, “I’m just trying to figure out what’s wrong with me”. Followed by a weary, “That’s why you’re going to Dr. Roland” from Mike. “But it’s my birthday”! “I’m supposed to be having fun”! “I can’t do ______ or ______”… “I want to _____”…ME! ME! ME! I was sick of me, so I don’t see how Mike wasn’t, but he never waivered.

Oh my gosh, the things Mike put up with and did for me! He takes the ‘For better or worse, In sickness or health, etc.’ of our vows very seriously. He was my everything by the time of the appointment. He took off work for all my appointments (as I was usually too sick/dizzy to drive), he added housework and meal preparation to his already full schedule. I was pretty much bedridden (I’d broken so many bones, I was scared to walk). I still had ALL the original symptoms. The minute vertigo began, I started vomiting. I was so sick of being sick! The Scopolamine patches I’d worn behind my ears for a year were giving me an allergic reaction of ‘weeping’ wounds (I know, GROSS!).  I was using a walker for safety and was mortified. “I’m too young to use a walker”, I’d whine to Mike. Really? I was a Pediatric therapist. There were MANY children using walkers (a different type, but a walker all the same), but I hadn’t yet grasped the concept of losing the freedom to just ‘get up and go’-false pride in it’s purest form. Mike was/is my one’constant’during this time. He is an amazing man, and he’s mine!

Dallas is a 6-hour drive from us and since the appointment was at 8:30 am, we went the day before. The anxiety I felt by this point was unbearable. The car trip was very challenging for me (too much movement), and I was throwing up most of the way. A lovely trip, just lovely! Here it was my birthday, yet all I wanted to do was curl into a ball in the bed, and I did. We were in a big city, all the best restaurants at our choice. The problem was, I was (as usual) very nauseated. Prior to all this, I’d have to classify us as ‘foodies’. Some of our best vacations were food and wine based, consuming delicacies from 5-star restaurants. The ones in Dallas were calling to Mike, like Sirens singing their song to him. I got so sick of his “What about this kind of food”? and “Do you think you’ll want to eat….”? I yet once again, let loose on him, “Mike I don’t want to eat now. I don’t want to eat later. I don’t want to eat anything. Please stop talking about food and eat something”! I honestly don’t remember, but I don’t think he ate anything that night. I was in bed, not going anywhere, and shutting down. It was a very long night, neither of us slept. Mike was just there for me, holding me, reassuring me of my ridiculous fears until the alarm went off. Again with the food questions! Did he learn nothing from last night? He ate the breakfast at the hotel, and you know how good they are. This poor man wasn’t going to get a decent Dallas meal on this trip!

I sat in the shower, trying to ‘get okay’ with what was about to happen. That was the problem, I had no idea what to expect. My medical records had been sent, I’d filled out a ‘book’ of new information for the new doctor, but I had nothing to think about but my Google searches. As we drove downtown (you know, where all the food is!), to his office, we just held hands. Oh, we also argued about traffic. Mike was fine, but I was a mess as the grip on my ‘puke’ bag tightened. “You’re going too fast Mike”! “Margaret, it’s Dallas! I can’t slow down”! “Well, stop swerving, it’s making me dizzy Mike”! “I’m not swerving, I’m just changing lanes”. Oh, I just wanted this OVER WITH and it hadn’t even begun!

We pulled into the big circle drive of the huge building that housed Dr. Roland’s office and were met by VALETS! I felt so horrid, yet so special at the same time. The man helping me said, “Ma’am, you forgot your gift bag”. “Uh, thanks so much”! My ‘gift’ bag was my bag to use in case I got sick. It was a lovely Christmas bag (it was the season), that was lined with MANY plastic grocery sacks. My dad came up with this concept when I was pregnant. I was lucky enough to be sick 24/7 for the entire nine months with both children! They were born in the late ’70s, my doctors could not make sense of it. Now, it seems to be ‘trendy’ (think Dutchess Kate Middleton pregnancies), and it’s medical name is Hyperemesis Gravidum (translation-Terminal Vomiting). So, although one could call me a ‘professional at puking’, I still didn’t like doing it in public! I was escorted in, and introduced to a woman who asked, “What doctor are you here to see”? I told her, and was offered a wheelchair, really? I took it, and off we went to be personally escorted to his office. “I hope everything goes well for you”, she said so sweetly. Wow! What a nice way to start! 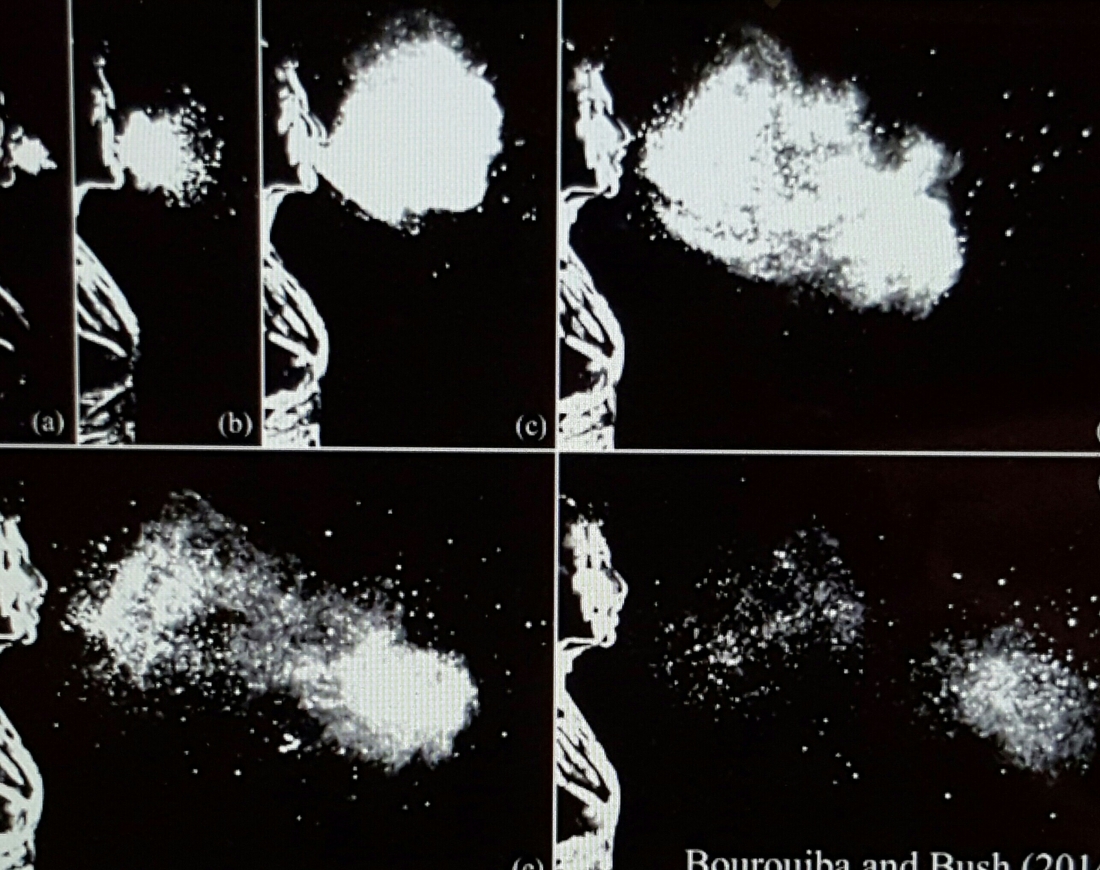 Well, hello world! This is my first blog that chronicles my life after diagnosis with Labyrinthitis in 2003. Most of you may be looking at that word, Labyrinthitis. It sounds so medical doesn’t it? It is, it was, and always will be. A medical term used to describe an inner ear condition that results in vertigo, balance issues, nausea, vomiting, fatigue, and much more. Those were my primary issues, and very common to the disorder.

Most people with Labyrinthitis wonder where on earth they ‘got’ it. For me, I know exactly when I was exposed to the virus. Just before Spring Break, I worked in the school system as a COTA (Certified Occupational Therapy Assistant), I sat cross-legged on the floor with my little ‘client’. The non-verbal child had multiple issues, but I was working on Sensory System issues. The sun shone brightly into the classroom, and I noticed the child’s face was scrunching up. I said (getting closer), “Now what’s this little face all about? What are you trying to tell me”? The next thing I knew, a huge sneeze came out! The spray went all over my face but worst of all, it went into my mouth! I reacted as anyone would. I did a quick ‘hand-off’ with a classroom aide, jumped up, ran to the sink and began washing my face and mouth with the antibacterial soap! Yes, I did! Washed my tongue with antibacterial soap! I swished it all over my mouth and did it do anything?

By the time I finished my work day, I was running a fever and felt horrible! I crawled into bed as soon as I got home and thought to myself, “It’s Spring Break. Surely I’ll be well in seven days”. That virus had other plans, though. About one week after ‘that’ sneeze, I was asleep, and I turned over in bed. Whoa! What was that feeling? Oh my gosh, my head was spinning and my eyes felt like they were ‘pulsing’ in a weird rhythmic way. I lay there until it stopped, then I sat on the side of my bed before going to the bathroom. Yes, I should have woke my husband then, maybe turned on a light, or maybe even asked for help, but I didn’t. Next thing I know, I’m on the floor, in the dark, with my husband snoring away. I had to call his name several times to awaken him. Poor thing woke up so confused, “Margaret, where are you”? “I’m on the floor, Mike”! And of course, he said, “What are you doing down there”? And of course, I said, “I’ve fallen and I can’t get up”! I kid you not! He helped me to a sitting position, and my head started the spinning…then nausea hit…followed by vomiting. I spent the rest of the night with my head in a trash can throwing up. Horrible. Just horrible. There was no way I could go to work the next day (even after a week holiday), I had to call in sick. I was in bed, just wallering around, going back and forth between laying still, to wallering. It was not a pretty sight, I’m sure!

As I headed into week two of this mess, I went to my regular Physician. Diagnosis: A viral infection. Simple enough, I’d just have to wait it out. Weeks turned into a month. I was trying to work, but having so many Vertigo episodes, I’d put my back against the wall, slide slowly down, and sit. The walls became my BFF! That’s when I came up with the saying, “Don’t mind me, I’m just holding the wall up”. After a few months, I finally got into a local ENT and had countless tests. I had the dreaded three ‘V’s’: virus-vertigo-vomiting! Again with the virus, okay it’s a virus, AND? He was able to say it was in my inner ear. My INNER EAR? You mean it went to my BRAIN? He was a Board Certified ENT, but very ‘old school’ in his treatment and willingness for referral onto a Neuro ENT in Dallas. So I floundered one whole year, being ‘treated’ with Scopolamine patches for nausea (I used these for two years before I had an allergic reaction to the glue, go figure!), Meclizine, Valtrex antiviral medication. The list became endless and side effects of the medicines awful.

I eventually (reluctantly) took a formal Leave of Absence, but not before breaking my tailbone three times, my ankles twice, my kneecap and Cuboid (on opposite legs, of course). It was dangerous to walk! Since I worked at a Pediatric Rehab Facility, my co-workers cast my legs, Orthotists who served our Facility made braces for me. I had access to all types of adaptive equipment, but I could stay ‘erect’ for limited amounts of time before vertigo attacked. I was no longer living life. I felt like a prisoner in my own life, and the thought of a virus still being inside my brain after all this time made me feel insane! I had a MELTDOWN with the ENT, “Get me into that *&#! Specialist in Dallas!”, while crying hysterically. I got the referral. This new doctor would become the ‘man who saved my life’ and the BEST Physician I know. My appointment date? December 16th, 2003, my birthday! Oh, what a birthday it would be…